Aimpoint is proud to announce the premiere of the first full-length Aimpoint Original film, SWEDISH DRIVEN HUNT. Released on the Aimpoint Europe official YouTube-channel, March 10th, 2022, at 10:00 am (CET) 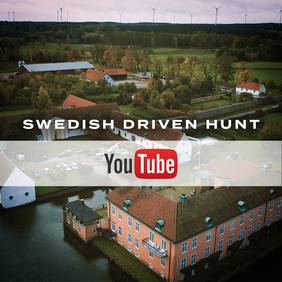 See the brothers, Magnus & Torbjörn Samuelsson, as they go hunting in the spectacular surroundings of Skåne using the Aimpoint red dot sights Acro C-2 and Micro S-1. This film shows driven hunt, fowl hunting and how to set everything up before the hunt.
Enjoy some thrilling hunting scenes and follow the hunters on their journey to a successful hunt.