Aimpoint, the originator and world leader in electronic red dot sighting technology, has announced the addition of the new Micro T-2 sight to the company’s professional product line. The Micro T-2 will be available for shipment in mid-October 2014, and will be offered alongside the company’s existing Micro T-1 product. 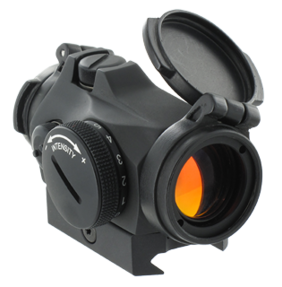 Since its introduction in 2007, the Aimpoint Micro sight has become the worldwide standard for compact reflex sights. Law enforcement and military end users have embraced this sight for its compact size, durability, and extremely long battery life.

Feedback received from professional end users identified a series of desired product enhancements that have now been added to this new product. These changes include: a new sight housing which allows the addition of front and rear protective flip covers and anti-reflective devices, additional physical protection for the sight’s adjustment turrets, and increased ruggedness for the sight’s internal electronic components.