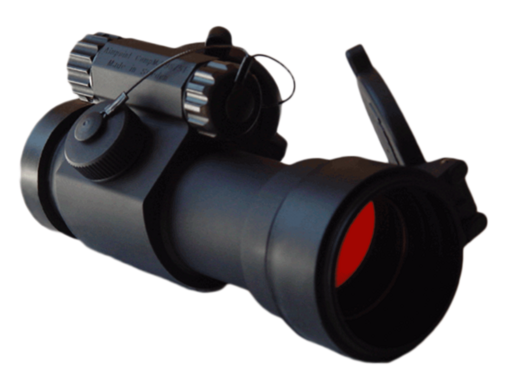 Since the pistol shooting and above all, the Practical shooting (IPSC) increased during 1993, a smaller and lighter sight intended for handguns, Aimpoint Comp, was developed.

After three years of testing and evaluation, U.S. Army accepted a ruggedised version of the Aimpoint Comp model, called CompM, and in 1997 a three year contract was signed with U.S. Army for 100 000 units.

This product is no longer manufactured. Service is still provided.